For a delicious breakfast, try these gluten free, vegan oatmeal waffles. Using only oats, bananas and plant milk, they're so easy to make!

(This recipe was originally posted on November 22, 2018, and was updated as of 2023. A few of you had issues with the waffles sticking so I've thoroughly re-tested and slightly reformulated the recipe to make it bulletproof. )

Waffles! These the easiest waffles you've ever made. This recipe is a quick one, but a good one. Much as I love spending a lot of time in the kitchen playing with different ingredients and coming up with new concoctions, sometimes it's the simplest recipes that do the trick.

And these 3 Ingredient Oatmeal Waffles do just that. Chewy, satisfying and delicious, they're the ultimate vegan gluten free waffles without all the rubbish thrown in.

Made in minutes with just oats, bananas and plant-based milk (plus any extras you wish to add), they're a great option for gluten-free breakfasts or just as a snack.

If you're new to a plant-based diet, a great tip is to add your favourite protein powder to these oatmeal waffles to make them extra-filling! (I'm a big fan of Omega Nutrition's Pumpkin Protein Powder - not sponsored at all, I just find it has a really subtle taste and I digest it easily.)

One note: as these vegan waffles are made with oats, bananas and plant milk they don't have quite the same light and airy consistency of traditional waffles. They're hearty and delicious, but do be aware that they're a little denser than waffles you'd eat in a restaurant because they're full of such healthy ingredients!

Contents hide
1 HOW DO I STOP MY WAFFLES STICKING TO THE IRON?
2 More oatmeal recipes
3 3 Ingredient Oatmeal Waffles (vegan, gluten-free)

HOW DO I STOP MY WAFFLES STICKING TO THE IRON?

1) Don't overfill it with batter! This is so important, as it can cause the waffle to become too thick to cook properly, meaning it'll get stuck to both sides of the iron. Trust me, I've done the research!

You ideally want to make the waffles smaller than the size of your waffle maker for easy removal. I use about ½ cup batter for each which gives me small to medium waffles in my 8-inch iron.

2) Coat the surfaces with enough oil prior to cooking. This is also really important - don't skimp on the oil! It will make your waffles much easier to remove.

3) Use coconut oil to grease the waffle iron. You can use other oils but I recommend coconut as for some reason it seems to help the waffles avoid sticking.

Don't have a waffle iron? No problem. Use this 3 Ingredient Vegan Pancake Recipe instead. 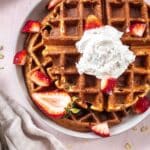 To serve (all optional)

WAFFLE SIZE - Due to this recipe containing no fillers or binders, the waffles can be slightly more prone to sticking to the waffle maker. To avoid this, I strongly recommend erring on the side of caution and making your waffles slightly smaller than your waffle maker. You'll find they're much easier to remove this way. If you overfill your waffle maker you can end up with thick waffles that don't cook all the way through, which makes them way more likely to stick.  - For DIY coconut whipped cream, see my recipe here. 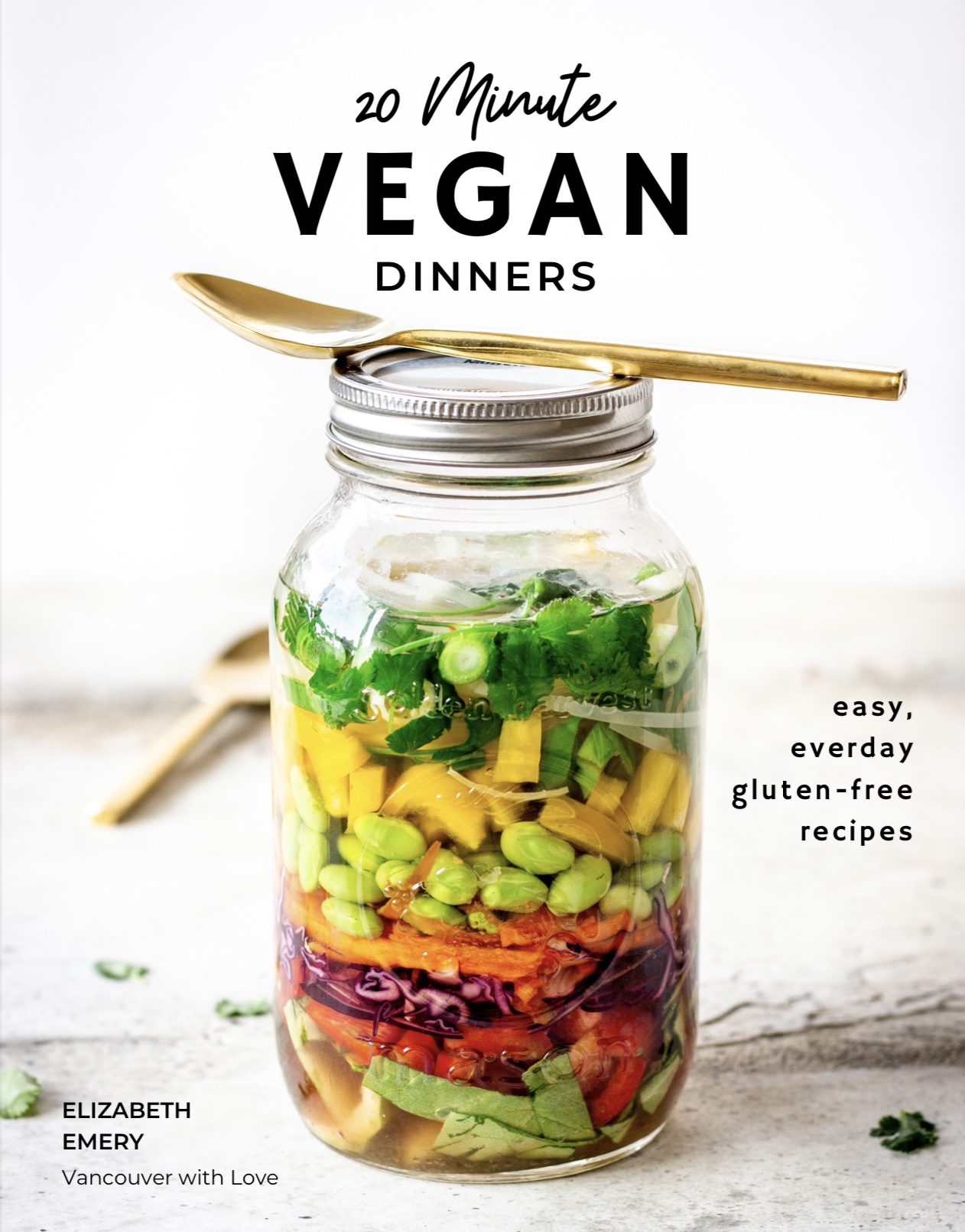